Warm kids in an icy tent

Last night four young people in my care braved minus 4°C temperatures to camp out in the back paddock. They slept in a 17 year old large two-season dome tent with netting rather than nylon walls, plus a fly.

Despite their good mattresses, many sleeping bags and hats, I fretted during the night. Would I wake to find four icicles instead of four kids?

Curious, and paranoid, I wandered down to check on their status, through the morning frost when temperatures were just hitting zero. All had slept and woken safely and complained only of cold feet.

The thermal imaging camera tells the tale of the icy tent and warm kids.

Here’s the tent, before I have opened it up. The thermal image shows that some heat is escaping through the zipper and seams. Parts of the fly are warming up in the sun. then there are super warm patches where cold toes push against the end of the tent. All in all, the temperature in the tent looks much warmer than outside. 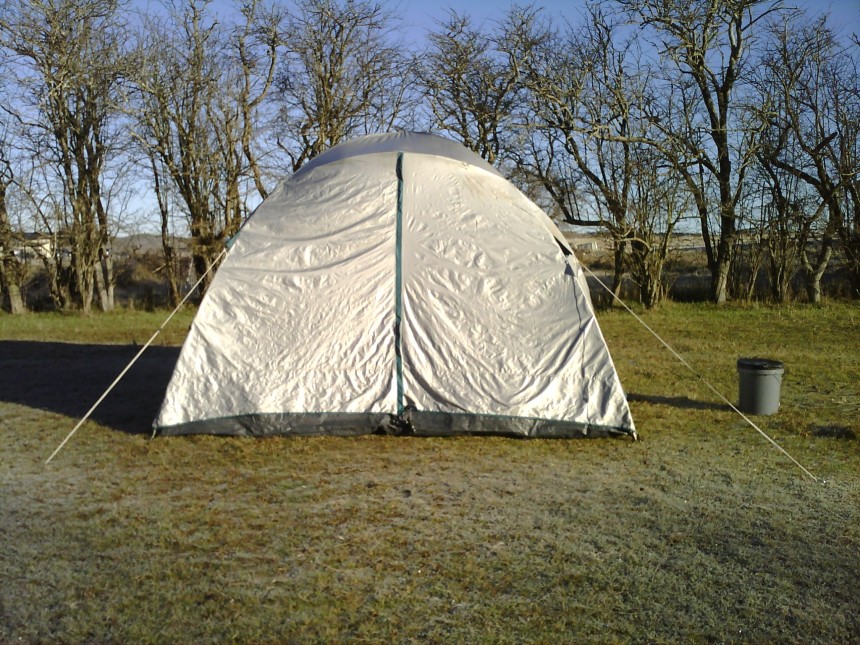 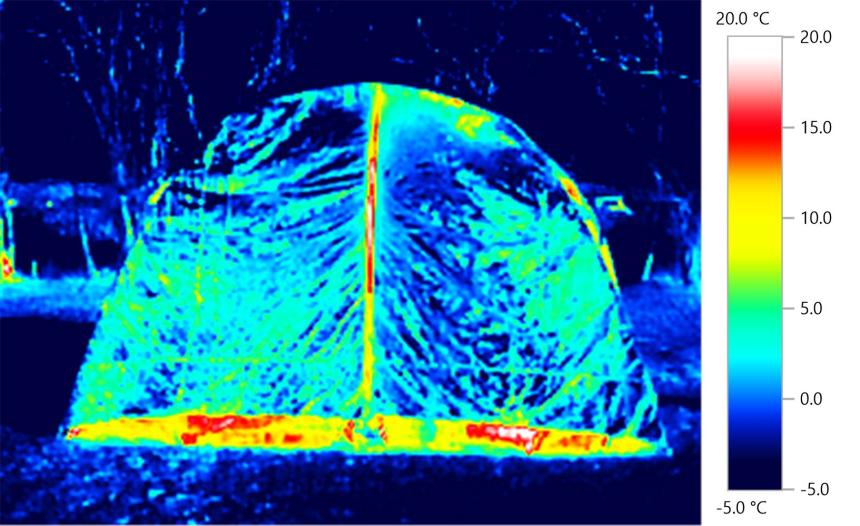 Once we open the tent, heat starts pouring out. Now we can see the full story of the cold feet. I ask the one on the left if it seems cold up near his head and he confirms it. That’s the dark blue patch on the left, inside the tent. 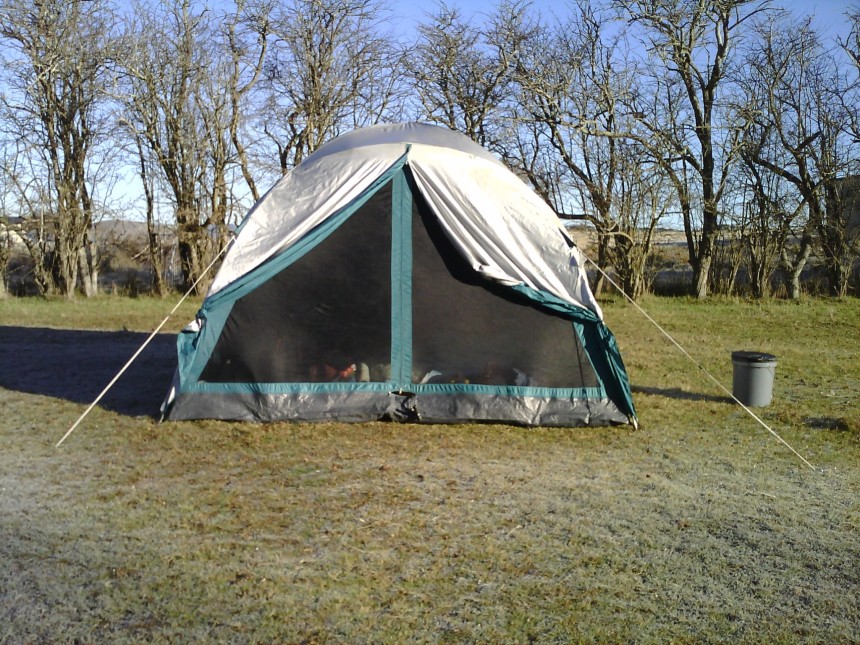 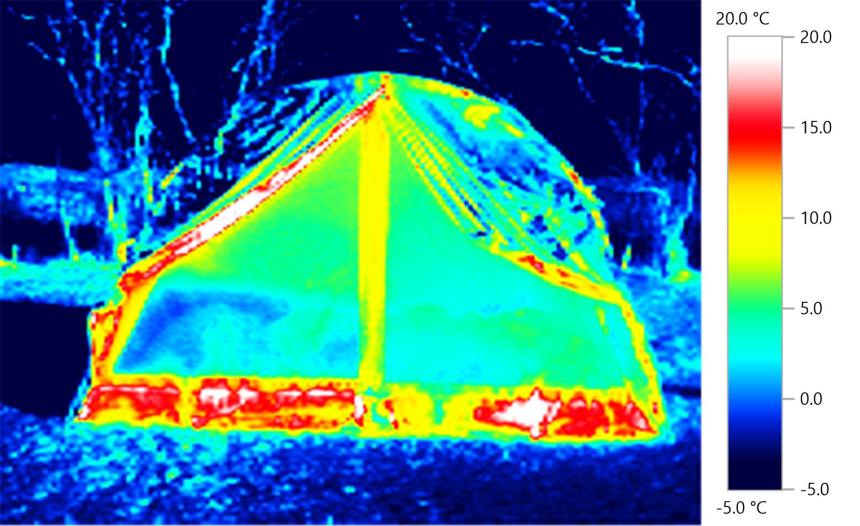 I ask the two on the right and their heads pop up – still with their hats on, and there it is. Their faces are positively warm compared with the top of the doonas and sleeping bags which have done their job well. Very little heat is coming off the kids bodies.So are the kids warm? 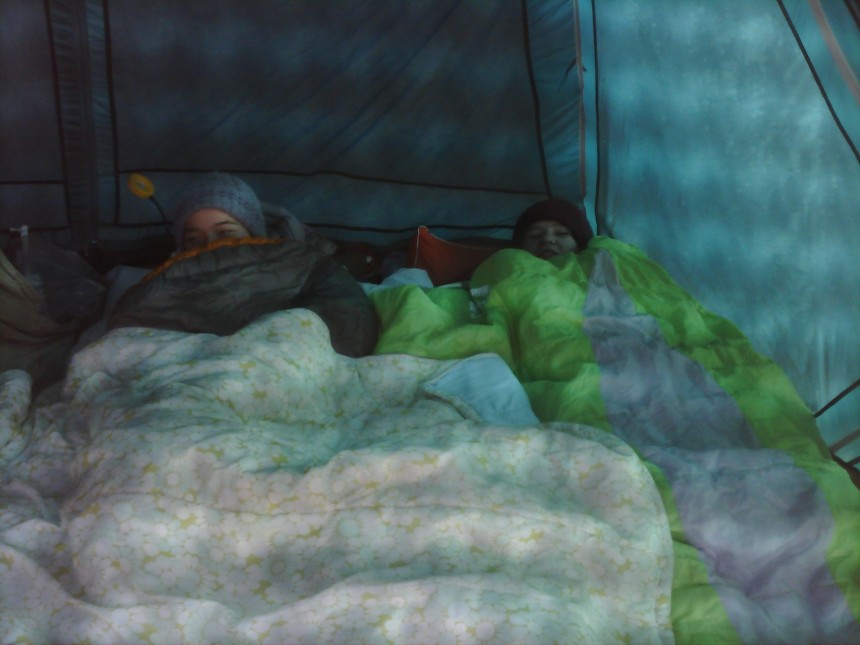 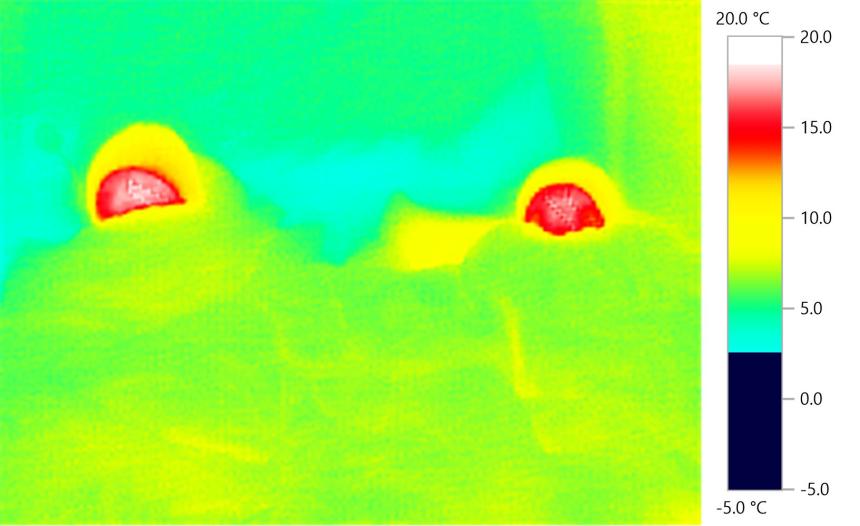 So, we wake to four safe, mostly warm people. Next time we’ll add another mat and doona to their feet.