Why LED lamps are best

There’s a lighting revolution underway. You can no longer buy the old incandescent lamps that are still the symbol of a good idea . Instead there’s a bewildering array of alternatives. So which ones should you buy?

Here are the lamps I saw for sale recently at the supermarket. So many options, each with most of the fittings you could want – including the standard screw and bayonet fittings that are still standard in most older houses like mine.

They have a wide range of wattages, lumens, hours and price tags. What does is all mean?

LEDs, or light emitting diodes reportedly have the lowest watts per lumen for any lights available in Australia (see the light globe conversion table at the end of this link). A key reason is that they convert electricity into light, and not heat.

I tested this using a thermal imaging camera to compare an old incandescent with a compact fluorescent and LED lamp. Each had been on for half an hour before I tested their temperature.

The hottest point on the incandescent lamp was 161 degrees Celsius. That’s a lot of electricity being converted into heat, instead of light. 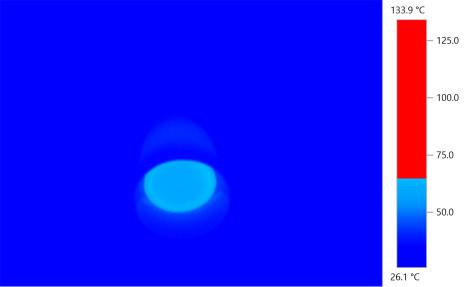 Thermal image of an LED lamp

The hottest point on the LED lamp was 65 degrees. Most of the power is going into light, not heat.

LEDs contain less toxins than other lamps, being free of mercury, lead and phosphorous and are also fully recyclable. So there are fewer waste problems with LEDs than with other lamps. CFLs in contrast, contain mercury so it is important to recycle those.

I’m convinced. I had already swapped all of my incandescents for CFLs. Now its time to change over to LEDs. And if the quoted hours are right on these new lamps they might outlive the house.

Hot and Cool with Thermal Pics

Here are some random thermal images with thoughts on what they show. Cats, dogs, chickens, noses, hands, gardens, tents beverages and injuries. 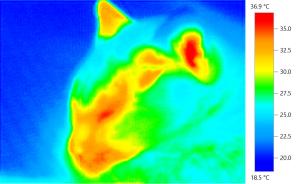 Cat relaxes in the sun 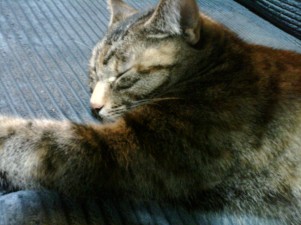 Cat relaxes in the sun

Cat on a couch

Dog on a couch

Chickens roosting on a cold night.

Chickens have hot faces and feet. 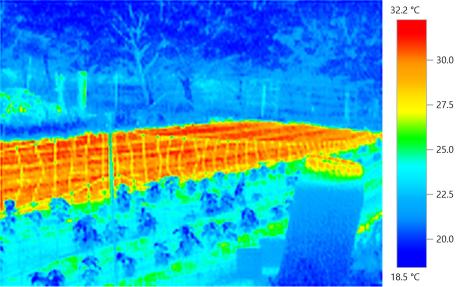 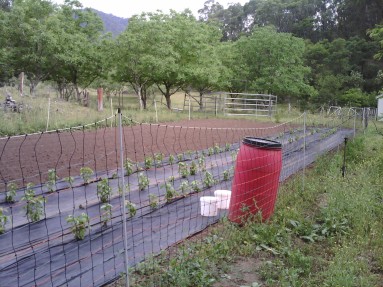 Folk festival in a heat wave. It is cooler under the tent.

A folk festival in a heatwave. The dark parts of the tent are very much hotter than the light parts. 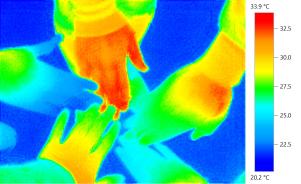 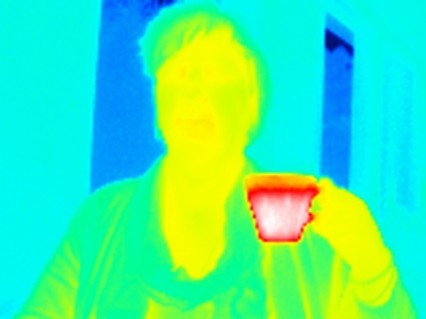 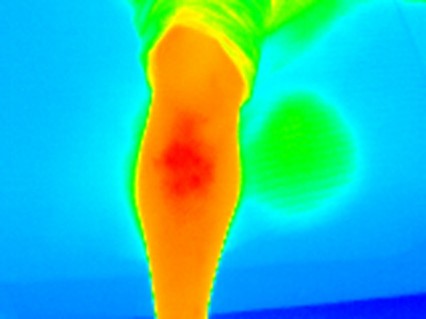 Our sore bits are hot.